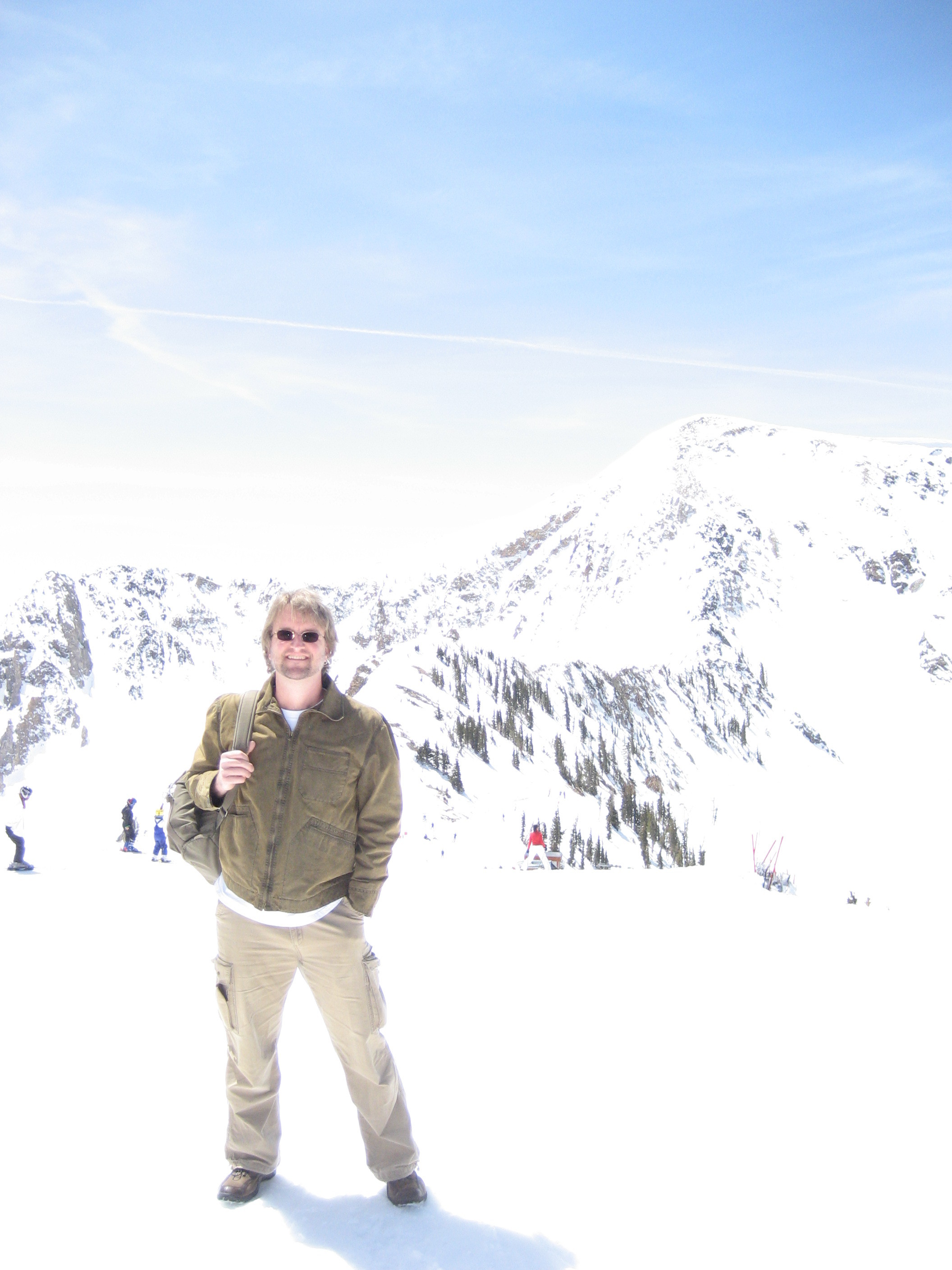 In 1998, a quartet of jazz/fusion veterans started an instrumental group in which they interpreted music by seminal jam band the Grateful Dead. More recently, a rising jazz record label started mixing in elements of hip-hop to draw new and younger fans to America's time-honored genre.
Both are called Jazz Is Dead.
Yet this isn't an obituary for live jazz, rather further indication that it's becoming an offshoot of popular music -- in that both are approaching drastically different forms of our country's classical music: nostalgic and mostly on the shelf. It's live music, jazz's lifeblood, that's actually dying, other than overpriced festivals in which classic rock icons pay tribute to themselves. Jazz is collateral damage.
As orchestras do, jazz musicians now perform concerts of material in tribute to artists from a previous century: Ellington, Goodman and Monk, Basie, Buddy and Bird. And/or tour on their own venerable material and reputation, like some of this smattering of artists is doing in 2022-2023. There are many talented young music students graduating from so many top-shelf music universities in South Florida. Too many of them become teachers to make ends meet. And that downward cycle, albeit based in paying it forward, may continue to decrease the already-shrinking number of South Florida jazz shows.

What do you call a group that mixes its acoustic guitar beginnings with more recent forays into electric jazz? Acoustic Alchemy. The group's roots actually stretch back to 1979, when Simon James (playing acoustic nylon-stringed guitar) and Nick Webb (acoustic steel-stringed guitar) came up with its concept in London. James would leave the band in 1985, signaling a revolving door of personnel over its subsequent decades. Nylon-stringer Greg Carmichael replaced James and still co-leads the band with steel-stringed acoustic and electric guitarist Miles Gilderdale, who replaced Webb after his 1998 death due to pancreatic cancer. But Webb lived long enough to see the group achieve success during the 1990s, from that year's release [i]Reference Point[i] (which featured a popular cover of the Dave Brubeck Quartet's "Take Five") through his final contributions on [i]Positive Thinking[i] (1998). Acoustic Alchemy has released a dozen albums since, while adding personnel like guitarist Gary Grangier, brother and drummer Greg Grangier, saxophonist Eddie Mininfield, and bassist Julian Crampton. 8 p.m. Oct. 6 at Boca Black Box, 8221 Glades Rd., #10, Boca Raton (561-483-9036, $46.50-$61.50).

Of all the bassists who've approached the mantle of fretless jazz/fusion master Jaco Pastorius since his 1987 death, Victor Wooten may be the one who's come the closest. A master of both fretted and fretless basses and a dazzling live performer, the 58-year-old has bedazzled the most with Bela Fleck & the Flecktones, the group the namesake banjo master started in 1988 with keyboardist/harmonica icon Howard Levy and "Drumitar" drum synthesizer player Futureman (actually brother Roy Wooten). Still intact with the original lineup, the Flecktones' blend of jazz, bluegrass, and funk has made it one of the most original fusion acts since its 1990 self-titled debut. Wooten's incredible finger-style and slapped playing were rightly honored through the name of his 1996 solo debut, [i]A Show of Hands[i]. And his session credits include Vital Tech Tones (with guitarist Scott Henderson and drummer Steve Smith), guitarist Mike Stern, and SMV (with fellow bass stalwarts Stanley Clarke and Marcus Miller). Wooten's touring Bass Extremes trio will include gifted fretless bassist Steve Bailey and drummer Derico Watson. 7:30 p.m. Oct. 7 at the Culture Room, 3045 N. Federal Hwy., Suite 70, Fort Lauderdale (954-564-1074, $53-$54).

He was the drummer for the most mercurial jazz/fusion band of all-time, the Mahavishnu Orchestra; has session credits with icons like Miles Davis, James Brown, and George Benson, and a solo recording career -- starting with his incredible debut, [i]Spectrum[i] (1973) -- spanning 50 years. In Billy Cobham's Crosswinds Project, he'll perform material from his second solo LP [i]Crosswinds[i], from 1974. That classic featured performances by late greats John Abercrombie (guitar), Michael Brecker (saxophone), and George Duke (keyboards), plus veteran trumpeter Randy Brecker. Now 78 years old, the ambidextrous Cobham can still play with the fire of his youth, like when he matched Mahavishnu leader and guitarist John McLaughlin, keyboardist Jan Hammer, violinist Jerry Goodman, and bassist Rick Laird beat-for-note while in his 20s. The Panama-born drummer's Crosswinds Project includes guitarist Mark Whitfield, keyboardist Scott Tibbs, and bassist Tim Landers on the album's gems like the suite "Spanish Moss -- A Sound Portrait," "The Pleasant Pheasant," and the drummer's solo spotlight, "Storm." 6 and 9 p.m. Oct. 14 & 15 at the Funky Biscuit, 303 SE Mizner Blvd., Boca Raton (561-395-2929, $55-$75).

Of all the established stars in modern jazz, saxophonist David Sanborn, headliner for the free Jazz Fest Pompano Beach, certainly has one of the more star-crossed lifelines. Now 77 years old, the Tampa native grew up in Missouri, suffering from polio during his formative years. Taking a doctor's advice, he started playing saxophone instead of piano because of the instrument's breathing requirements. None of which kept him off of stages with blues acts as a teenager, or off the one at Woodstock with the Paul Butterfield Blues Band in 1969. Sanborn's session recording credits include jazz stars (George Benson, John McLaughlin, Jaco Pastorius) and pop icons (David Bowie, James Brown, Bonnie Raitt), and he's been a contemporary jazz star since his chart-topping 1980 release [i]Voyeur[i]. The alto master was also a member of the [i]Saturday Night Live[i] band in 1980; a regular guest on [i]Late Night With David Letterman[i], co-host of [i]Night Music[i] with Jools Holland in 1988-1989, and host of the syndicated radio program [i]The Jazz Show With David Sanborn[i] through the 1990s. 8 p.m. Jan. 21 at Jazz Fest Pompano Beach at Old Town, 41 NE 1st St., Pompano Beach (954-786-4600, free, $65-$100 VIP).

The namesake pianist and leader of the Shelly Berg Trio may be better-known as the veteran dean at the Frost School of Music at the University of Miami, but don't underestimate his instrumental prowess. The Cleveland-born Berg, the Frost School's dean since 2007, came to Miami from another lauded educational program, the University of Southern California Thornton School of Music, where he was on the faculty from 1991 to 2007. An effervescent live performer, Berg also has a lengthy recording career as a leader, from his 1996 debut [i]The Joy[i] to his latest, [i]Gershwin Reimagined: An American in London[i] (2018). Additional recording credits range from Arturo Sandoval and Patti Austin to Renee Fleming and Keb' Mo', and the pianist has the entire university from which to draw a rhythm section, including bass chair Chuck Bergeron and drum instructors Dafnis Prieto, Steve Rucker, John Yarling, and David Chiverton. And by the way, kudos to the Gold Coast Jazz Society for not only the quality of its series of concerts, but also its affordable ticket prices, which look like a throwback to the 20th Century compared to the exorbitant fees charged elsewhere throughout South Florida. 7:45 p.m. Jan. 18 at Amaturo Theater ($35).

Trombone is not necessarily the wind instrument one takes up to become a jazz star. But when the namesake leader of the Delfeayo Marsalis Quintet was born, he already has older brothers who would become household names playing saxophone (Branford Marsalis) and trumpet (Wynton Marsalis). But make no mistake -- this trombonist is as accomplished on his bulky instrument as those two sibling luminaries -- plus younger brother Jason Marsalis on drums and percussion -- are on theirs. A graduate of the Berklee College of Music in Boston, the trombonist has a 30-year career of recordings under his own name, and experience touring and recording with drummers Elvin Jones and Jeff "Tain" Watts, pianists Monty Alexander and Ellis Marsalis (the family patriarch), and even Yugoslavian blues vocalist/guitarist Ana Popovic. The first family of New Orleans jazz, the Marsalises earned a collective National Endowment for the Arts Jazz Masters Award in 2011. Witnessing the 57-year-old trombonist's advanced technique and incredible breath control more than illustrates why. And seeing a Marsalis in this Gold Coast Jazz Society presentation for only $35 practically qualifies as priceless. 7:45 p.m. Feb. 8 at Amaturo Theater ($35).

Perhaps the most diverse band of the 21st Century thus far, Pink Martini & China Forbes also seems to find a way to tour through South Florida every year. The brainchild of founder, pianist, and Portland, Oregon native Thomas Lauderdale, the self-described "little orchestra" was literally his hands-on approach to improve the quality of music at fundraisers as he worked in politics in the Pacific Northwest in 1994. Lauderdale insisted on more variety, and Pink Martini's prowess across everything from jazz and pop to classical and world music makes it practically capable of appearing in every genre of previews in this issue. China Forbes, one of the leader's classmates at Harvard University, has been a vocal mainstay since, singing in 15 different languages. Another vocalist, Storm Large, has also been a constant, and Lauderdale's troupe of 10-12 musicians has included guitarist Dan Faehnie, drummer Andrew Borger, and trombonist Achilles Liarmakopoulos. Recordings range from [i]1969[i] (2011), with Japanese singer Saori Yuki, to [i]Dream a Little Dream[i] (2014), with the singing von Trapp siblings from the film [i]The Sound of Music[i]. 8 p.m. Feb. 11 at the Arsht Center, 1300 Biscayne Blvd., Miami (305-949-6722, $59-$728).

The leader of the Jeff Hamilton Trio has been one of the best, if least celebrated, drummers in jazz for decades. Primarily known as a co-leader of the Clayton-Hamilton Jazz Orchestra, with equally under-the-radar brothers John Clayton (bass) and Jeff Clayton (saxophone) since its 1985 inception, the 69-year-old drummer never sought the spotlight the way big band-leading drummers like Chick Webb and Buddy Rich did. The Indiana-born Hamilton's trio features pianist Tamir Hendelman and bassist Jon Hamar, and will have a surplus of material from the drummer's 50-year scroll from which to choose. He has a 30-year recording career as a leader; and touring and recording credits that constitute a who's-who of jazz over the past half-century: Ella Fitzgerald, Woody Herman, Count Basie, Rosemary Clooney, Diana Krall, Ray Brown, Michael Buble, Mel Torme, and Herb Alpert. In Hamar and Hendelman, pianist with his trio since 2000 and with the Clayton-Hamilton Jazz Orchestra since 2001, the drummer has the perfect young foils for this Gold Coast Jazz Society performance, which will display his world-class brushwork; impeccable meter, and exquisite taste, tone and technique. 7:45 p.m. April 12 at Amaturo Theater ($35).

Three masters of their acoustic instruments playing together again is cause for celebration, especially when it's the unique mix of Bela Fleck, Zakir Hussain & Edgar Meyer. Fleck is the New York City-born banjo virtuoso who's played bluegrass with the New Grass Revival, and revolutionized jazz/fusion with Bela Fleck & the Flecktones since 1988, winning 15 Grammy Awards in the process. The Bombay-born Hussain is the premier tabla player in the world, having worked with guitarist John McLaughlin in the group Shakti and drummer Mickey Hart in the ongoing global percussion group Planet Drum. And Meyer is the Tennessee-born upright bassist whose compositions have been recorded by the likes of Yo-Yo Ma, the Boston Symphony Orchestra, and the Emerson String Quartet. Anyone attending can expect everything from bluegrass to Middle Eastern and classical styles. Fleck and Meyer have collaborated on classical projects, and when the two were commissioned by the Nashville Symphony Orchestra to compose a trio concerto in 2006, the result was the live [i]The Melody of Rhythm[i] CD with Hussain. 8 p.m. April 29 at South Miami-Dade Cultural Arts Center, 10950 SW 211th St., Cutler Bay (786-573-5216, $46-$80).